Self Aid was a televised concert staged in Dublin on May 17, 1986 intended to highlight chronic unemployment in Ireland at the time and to launch and help finance the Self Aid Trust. Not everyone agreed that a live concert was the best method to tackle unemployment and some musicians declined an invitation to perform. Once problem was the obvious comparison with Live Aid, which clearly inspired Self Aid. Live Aid was a charity event whereas unemployment is a political problem which cannot be handled by charity. So the message was muddled and sometimes good intentions are not enough. On a personal note, I emigrated from Ireland for 4 months later.

A single was issued by WEA to coincide with the concert to help promote it. There is also a promo 12inch. 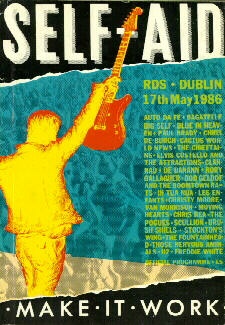 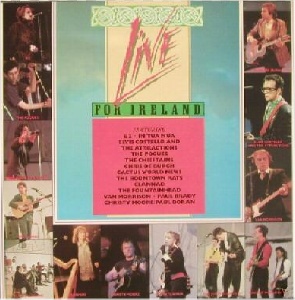 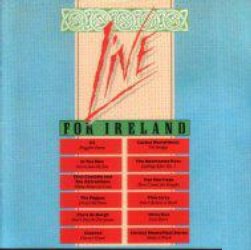 side one:
1 Thin Lizzy - Don't Believe A Word
2 Moving Hearts - The Lark
3 Those Nervous Animals - My Friend John
4 Les Enfants - A Sense Of Freedom
5 De Danann - The Arrival Of The Queen Of Sheba In Galway
6 Brush Shiels - Old Pal
7 Chris De Burgh - Don't Pay The Ferryman