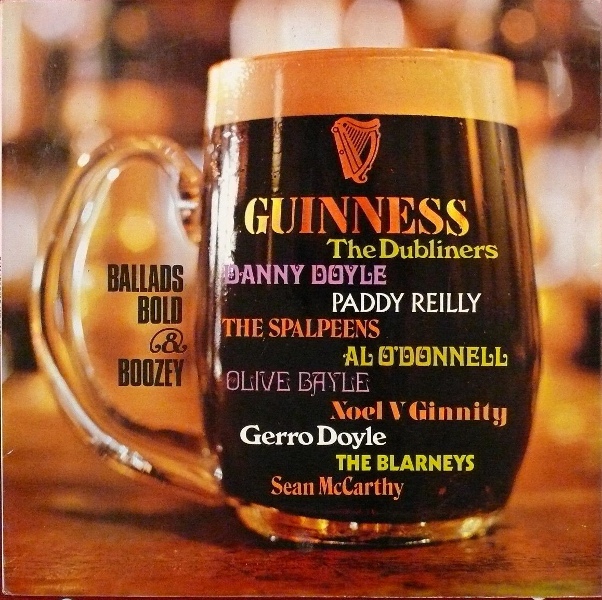 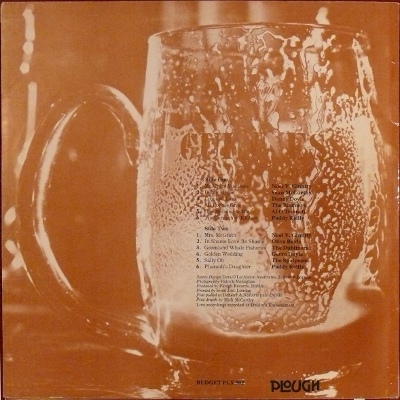 This appears to be a compilation of recordings originally released on Tribune Records, unsurprising given that Plough was essentially the successor of Tribune Records, and would have access to the same masters. However, without more details about the recordings and without comparing the tracks side by side, I cannot be certain of this claim.


side one:
Noel V.Ginnity - McAlpines Fusilieers
Sean McCarthy - Biddy Magee ¹
Danny Doyle - Crooked Lane
The Blarneys - All For Me Grog ²
Al O'Donnell - One Morning In May ¹
Paddy Reilly - The Curragh of Kildare ¹